88% of customers would recommend Homeowners Mortgage

Are you a customer of Homeowners Mortgage?

Not so smooth sailing

This has never been a smooth transition since day one. We started with a gentleman by the name of Cory Schiedel at FBC Mortgage and not quite a week after we inquired about rates, we were managed by another person by the name of Stephanie Lucas. Not a week with FBC, we were told that FBC was merging with Homeowners Mortgage (HM). Stephanie was our main contact and worked in conjunction with Jim Lewis. The first issue we encountered with HM was when we were trying to lock in an extended rate lock. While I understand the Fed was increasing rates during the time we were locking in, we were originally told we would HM will offer 3500 incentive for using them and the upfront 1% fee for the extended rate lock was refundable. After going back and forth with checking rates and at the point of locking in, we were then told the extended rate lock fee was no longer refundable due to market volatility investors changing their minds. After locking in a rate, I have had to follow up to inquire with status of loan docs among other things. The one particular instance is when I emailed Stephanie in early November to inquire the status of when we are getting the home appraised as we were told should be at least 45 days. Did not hear back from her nor Jim Lewis. A couple of weeks later I inquired again, this time copying my realtor and was told Stephanie was on maternity leave and that Jim would arrange for the appraisal. All of the sudden we get this email from an outside vendor asking me to pay for the appraisal. We were never an email was going to be sent to us from an outside vendor, nor were we told we had to pay out of pocket and will be adjusted on the loan closing docs. The last straw was when the appraisal was finally completed, which occurred 4 days before the closing, it came in under what we purchased the home for! We feel if the communication with HM was lacking, especially not even getting any notice that our lender went on maternity leave and the lack of communication while she was away. 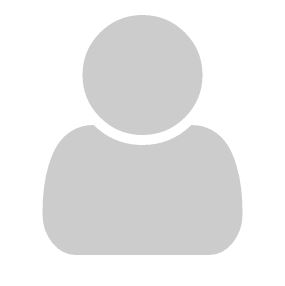 We had no problems with processing our loan, we had all the help we needed and are very grateful for choosing this mortgage company for making it easy for us. Stephanie is very helpful and dependable.

It was great working with Stephanie, she was able to answer all my questions. It was really nice to have an agent who always made time for me.

Stephanie worked collaboratively with all parties to ensure my needs were met. There was a brief period when it didn't look like the closing was going to happen on time and moving from Maine that would have been a problem for my family. Stephanie and her team pulled together and made it happen. I can't say enough about the level of service I received.

I contacted Homeowner’s Mortgage after not being pleased with the rates and experience of another mortgage company. Homeowners had me sitting at the closing table in LESS than 30 days AND they saved me over 10K. Stephanie was simply amazing. I can’t say enough great things about this company. My experience was quick and professional. I didn’t have one hiccup.

Shanika's Tip: Do not hesitate to contact you for your needs. They are knowledgeable and very professional.

Stephanie was great! She was very helpful, explained everything and always available. The loan process was confusing at times as I was coordinating with more than one person for docs and signatures

Mal and his team were completely responsive and attentive to my needs as a buyer. His team got my VA loan closed in under 45 day!!